After outperforming the top of the Democratic ticket in 2/3 of Texas’ counties, Mike Collier continues to serve as a financial watchdog on the Texas Legislature. He’s considering running again to be our next Lt. Governor, and he wants your support.

Talk to Mike directly this month.

It’s time to give Dan Patrick the boot!

Thursday, May 27
(virtual, join from anywhere). Our meetings are open to all.

Diana leads issue management efforts at Progress Texas with a focus on abortion rights and voting rights work. She not only represents the organization in coalitions, but also provides communications counsel and message development to amplify progressive voices in the media. With a background in teaching and immigration legal work, she started working in politics as a congressional staffer for Representative Lloyd Doggett.

Then we’ll hear from local candidates including:
Jacqueline Reagan for Keller ISD

While the FBI investigates our corrupt Texas attorney general, Democratic candidate Joe Jaworski is working to sweep Ken Paxton out of office and restore ethics and integrity. He’ll tell us how he plans to unseat Paxton and how we can help.

Then, we’ve heard from two of Tarrant County’s representatives this session, now we look to the Texas Senate with Sen. Beverly Powell for our Texas Legislature update on the power/leadership failure, public education, and redistricting. Sen. Powell serves on the Education, Health and Human Services, State Affairs, and Water, Agriculture, and Rural Committees.

And finally, we’ll hear from local candidates in contested races, sharing their priorities and taking your questions. Confirmed candidates include:

Our board member Kathleen Thompson submitted her Texas power/leadership failure comments to the Texas House State Affairs Committee. Her comments want to be joined by yours! submit here!

I appreciate this written testimony, but it should be virtual. I’d like you to see and hear this from me.

Our family lost power early Monday, February 15. What was a dream snowy Valentine’s Day weekend with our children turned into a nightmare. We never had “rolling blackouts.” Power was just shut off—for days.

Temperatures dropped outside and inside. We bundled up with coats and hats, put two pairs of socks on tiny feet, two pairs of pants, a shirt and sweater and jacket for our youngest. My husband made meals in the gas fireplace. We tried to make the best of it, happy that we had warm food. Not everyone did.

Eventually 3 degrees outside meant 38 inside. Our older children huddled under blankets and we held our young daughters’ hands. Her hands and feet turned bright red and painful.

We eventually sent children to grandparents who had power and water. News stations reported “rolling blackouts,” so we kept expecting power and heat. Had we known it would be days, not hours, we would all have left earlier. How can families make good decisions without accurate information?

I live in Tarrant County, but watched Dallas’ Democratic leader because my Republican officials were MIA.

Even though he reached out to me on LinkedIn and he followed me on Twitter, I cannot now see the Tweets of my state representative Capriglione. He didn’t like that I Tweeted that he restricted—rather than expanded—access to voting, so he blocked me. (Incognito browser shows he had four Tweets only.) He can’t block that I can see his voting history and priorities plainly. How unfortunate for all Texans that he and others spend limited time fighting local control, healthcare access, and environmental protection.

Tarrant County Judge Glen Whitley tweeted all of three times during the crisis (once on Facebook), February 14-21.

I saw our governor lie on TV. I saw the former governor say the loss of lives and homes was worth it to be free of federal oversight. I saw my junior US senator cross the border.

If state lawmakers like mine spent time investing in infrastructure rather than legislating chicken sandwiches and bathrooms, lives and property would not have been lost. What happened was a power AND leadership failure. Do not repeat it.

Rep. Chris Turner, House Democratic Caucus chair, joins us Thursday for our Texas Legislature update. Chris is a proven leader who gave information, resources, and constituent services during the power/Texas leadership failure, while Republican officials lied and hid. He’ll share with us plans for accountability and legislative committee assignment news.

Then we’ll hear from local candidates asking for your vote! 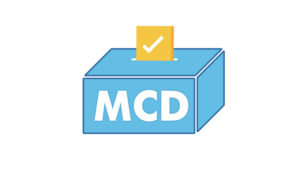 Dedicated to electing #TXDems—from city hall to the #TXlege. We work hard and have fun doing it! Join us. (CV, GV, SL, FM, HEB, NRH, Keller)

The Texas economy is strong, but supply chain issues create some challenges for business owners. @GovAbbott and I heard from a few of them today. https://twitter.com/cbs11jack/status/1526650125338173440

😠 Republicans blame President Biden for a private company’s infant formula recall, and then vote AGAINST the emergency FDA formula bill—including North Texas’ Beth Van Duyne. Thanks to House Democrats, it passed and is headed to the Senate.

We’re still standing with Dr. Whitfield, the best principal our sons ever had. Our family supports honesty, diversity, equality, and equity in our schools. Thank you for representing our family of five in Congress, too. 👊 https://twitter.com/DrJamesWhit/status/1527101273690058753

I’ve been hesitant to do this, as I was fully aware of the cost of advocacy when I started down this road. That said, many have asked for a tangible way to support the cost of this DC trip so I created this. I appreciate you all. #Fight4Kids
https://gofund.me/d2743ba4 #GoFundMe